Have you watched the latest Bingo Blitz commercial on YouTube? If you haven’t, you should go ahead and take a look. It’s the “She’s Bingo” song that has the world grooving on its melodies. As Bingo Blitz is officially the most popular free game of 2022, the developers from Playtika Santa Monica studio have launched this super groovy song to entertain all the gamers out there.

So, want to know who the actors and cast are in the commercial ? In this very discussion, we will break and lay down all the info on the latest Bingo Blitz commercial casts 2022.

After a good read through this discussion, you’ll have a clear idea who’s on the song of this commercial. So without further ado, just hop on to the main topic and find out the full details about this commercial casts of 2022. 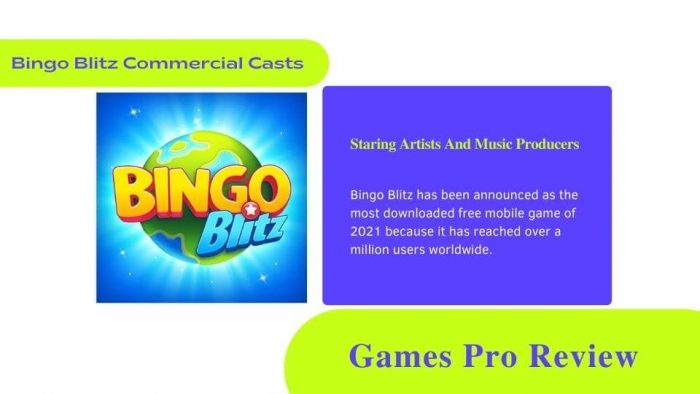 Bingo Blitz has been announced as the most downloaded free mobile game of 2021 because it has reached over a million users worldwide. In celebration of this achievement, popular Latin musician and internet star Luis Fonsi has collaborated with the former X Factor judge Nicole Scherzinger.

They have combined their talents to offer the viewers a song with the name “She’s Bingo“. Both of them are the starring actors of the Bingo commercial that encourages the gamers to “discover the world”.

Although the chorus song with the title “She’s Bingo” is familiar to all by now in 2021, it has been taken from a classic disco hit of the ’70s with the name “D.I.S.C.O”, offered by the French pop singer Duo Ottawan.

The administrators of the Bingo Blitz game have expressed their utmost satisfaction to these actors after watching the 2 minutes 45 seconds long “She’s Bingo” song. As the corporation Playtika Santa Monica has been operating since 2010, they have achieved a massive milestone by crossing 35 million users in 2021. By now, The company owns more than 50 games offered for multiple platforms. 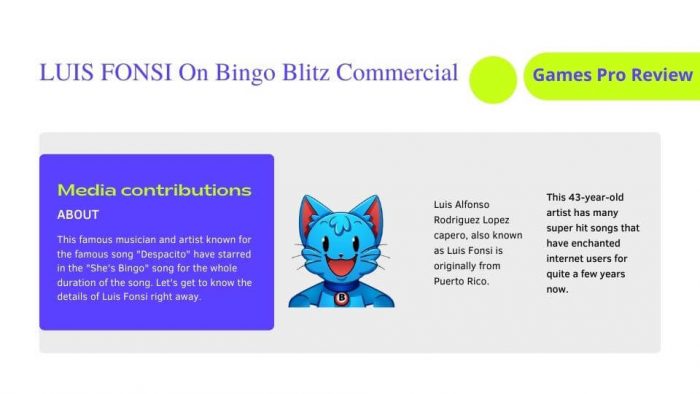 This famous musician and artist known for the famous song “Despacito” have starred in the “She’s Bingo” song for the whole duration of the song. Let’s get to know the details of Luis Fonsi right away.

Luis Alfonso Rodriguez Lopez capero, also known as Luis Fonsi is originally from Puerto Rico. He is an actor, musician, music producer, and artist. He is well known for his super hit song by the name “Despacito” which was made by collaborating with the famous rapper Daddy Yankee.

Furthermore, he was born on April 15, 1978, in the San Juan district of Puerto Rico. With a  medium body structure of 1.7 m height, this actor is among the few most handsome men in the Latin music industry. Up until now, he has been in relationships with two spouses, Agueda Lopez (current spouse, since 2014), and Adamari Lopez (married from 2006 to 2010).

He also has a wonderful family with two children, Michaela Lopez Cepero, and Rocco Rodriguez Lopez. He also has two siblings by the name Jean Rodriguez, Tatiana Rodriguez. His parents’ names are Delia Rodriguez, Alfonso Rodriguez.

This 43-year-old artist has many super hit songs that have enchanted internet users for quite a few years now.  A few of his most famous songs include Despacito, Echame La Culpa, Llegaste Tu, No me Doy por Vencido, Aqui Estoy Yo, Calypso, Qué Quieres De Mi, etc. 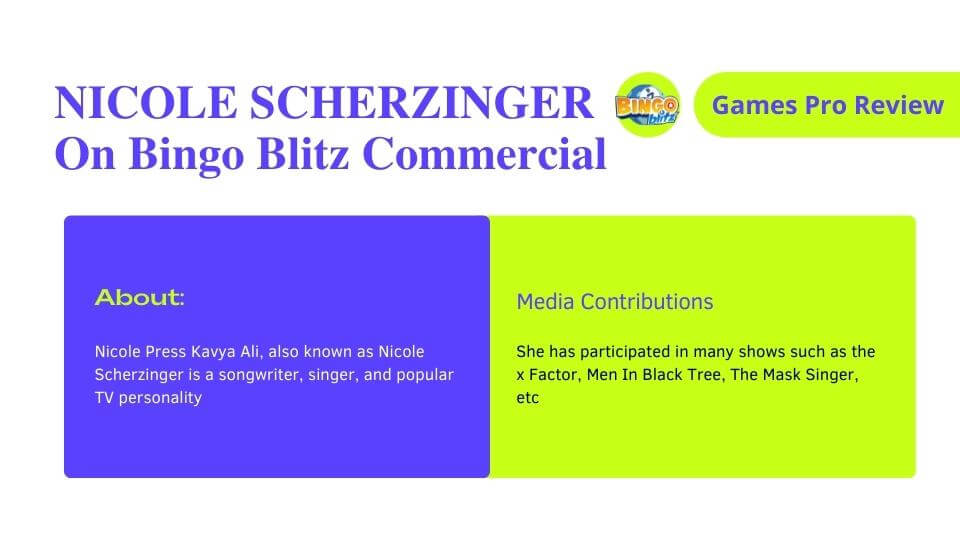 Nicole Press Kavya Ali, also known as Nicole Scherzinger is a songwriter, singer, and popular TV personality. She was born in the United States in Honolulu, Hawaii. Her birthday is 29 June 1978. In her earlier days, Nicole Scherzinger was part of an American rock band “Days Of The New”.

This 42-year-old music diva is a specialist in the B dance hip hop pop genre, and she also excels in playing Piano Vocals. In terms of faith, this American singer is a follower of Roman Catholicism. She also went to Wright State University to study in art school. As she currently stays in LA, United States, she routinely makes media presence once or twice every month.

She’s a 5 feet 5-inch tall supermodel with a bodyweight of 54 kg. Her body measurements are 36: 26: 37. She also has a wonderful family of three members. Family members are Alphonso Valiant(father), Rosemary Le Kalani(mother), Yelich a zinger(sister). Up until 2021, she is unmarried.

She has participated in many shows such as the x Factor, Men In Black Tree, The Mask Singer, etc. On top of that, this brunette model has many popular super hit songs up her sleeves. A few of her super hit works include: killer love (Song Album-2011), Love Don’t cost a thing (Film – 2003), Pupsters( TV show- 2001). 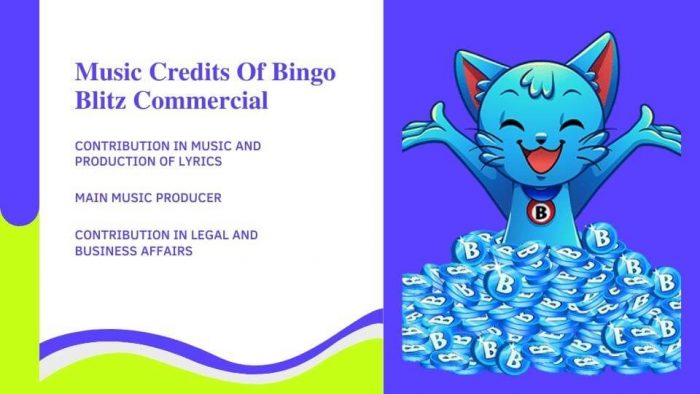 A large budget of the song “She’s Bingo” has been contributed for making the music. A lot of talented people have put all their efforts into making the song.

Songwriters such as Daniel Vangarde, Luis Fonsi, Roy Uadri Asaf Zelichovitch, Tomar Biran, Jean Kluger have worked together to construct the lyrics of the song.

The music producers of the song “She’s Bingo” are Tomar Biran and Luis Fonsi.

Also, the main co-producer of the song is Joel Lglesias

In legal procedures and business affairs, the main contributor in this song is Oshrat Ben Haroosh.

Who are the main actors and actresses in the cast of Bingo Blitz commercial 2021?

The main actor in the song “She’s Bingo”(blitz commercial) is Luis Fonsi and the main actress starring in the song is Nicole Scherzinger.

How much money do Bingo Blitz game makers make every year?

In the last year 2020, it is recorded that Playtika Santa Monica studio has made a total revenue of 440 million USD from the game Bingo Blitz.

Simply put, Luis Fonsi and Nicole Scherzinger did a wonderful job of putting together a super entertaining commercial. All the viewers loved it. The song is reaching millions and millions of views even at this moment.

So, did you find our discussion informative on Bingo Blitz commercial ? If you did, we are very flattered to be of help. Please browse to other sections of our website to find out more interesting topics and discussions. See you next time.